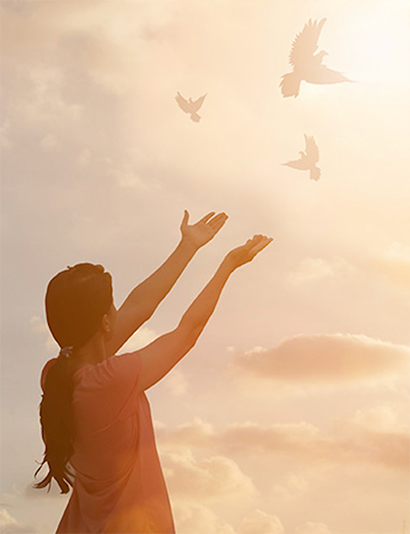 Satsang with Ma: The Roots of Forgiveness

Q: How does one go about learning to forgive from within as well as externally?

Shri Anandi Ma: We tend to forget or ignore what makes up the roots of every being.  The first step in understanding these roots is recognizing the presence of divine energy in every being. The energy that is making you do whatever you do is the same energy in other people. There is no difference. So’ham Hansaha — You and I are one.

Go to the innermost level of understanding: “There is no real difference between this person and me” and “this person is acting out of his or her own mind, whereas I need to act through the depths of my soul.” Naturally, once you begin to relate in this fashion, there’s no reason not to forgive.

The root problem is that we expect others to behave a certain way, when we may not do the same in those situations.

We are all human, and we all make mistakes, and many times when we make mistakes, we expect that the other person will forgive us and give us another chance. We need to cultivate that same attitude toward others. It may be difficult, but it needs to be done, nonetheless.

For little things, we say “sorry” so easily. We bump into someone and it’s so easy to say “sorry.” When we get a hard bump, there should be no difference. The root problem is that we expect others to behave a certain way, when we may not do the same in those situations.

When we do not forgive, we plant the seed of samskara and tie karma to the other person. But when we forgive, the whole action is dissolved and there is no further interaction binding the souls together.