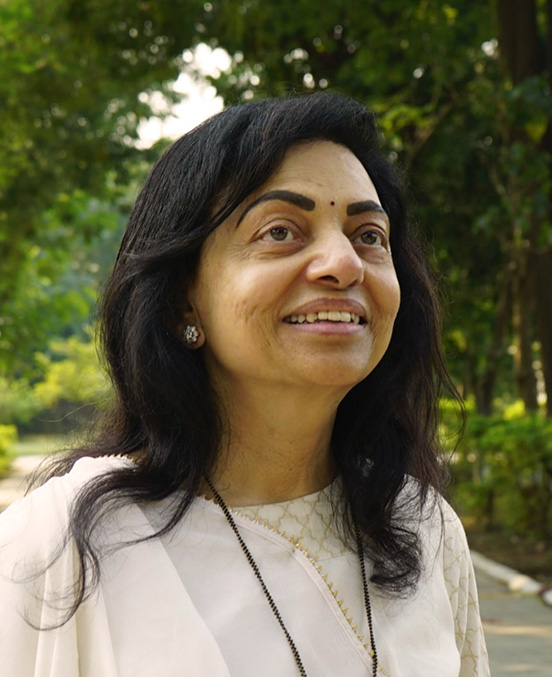 Anandi Ma on Dharma and Devotion

Dharma is often defined simply as religion, like the Hindu dharma, the Christian religion or dharma, or Islam as a religion or dharma. But dharma actually refers more to what the master has taught or said. What Christ said, his actual words, became a scripture—the Bible. What Mohammed said became the Koran, and that is basically Islam. Identically, in Hinduism, we have many scriptures—what Lord Ram said became the Ramayana; what Krishna said became the Bhagavad Gita. Then there are the Upanishads, which were received directly by the many realized teachers in deep states of meditation, not something that came from the intellect.

Devotion is a part of dharma because by following dharma, or the scriptures, you are showing devotion to God, you are listening to what God has said. For example, the commandment, “Thou shalt not steal,” is the first niyama of yoga, as well. The roots of dharma, as Guruji taught, are embodied in the first axiom of yoga: Ahimsa parmo dharma—‘there is no dharma greater than nonviolence.’ You should lead such a life that you don’t hurt any person in thought, word, or deed. That’s the very essence of any dharma; that is what all religions teach.

But often we find ourselves unable to live up to that standard. We are out in the world, and a situation arises—and there goes all our dharma. Someone does something, or says something, that aggravates us, so we lose our cool and we become angry and say things we shouldn’t say, do things we shouldn’t do. The whole trick of each and every moment is to be able to live up to that standard of not hurting anyone in thought, word or deed.

To be able to live the dharma, we need to purify ourselves, because in we forget and we begin to act through our minds and not our soul, given a particular situation. Purification of the mind is the root practice; and one way of purifying the mind is through satsang. Satsang and devotion are partners—they go hand in hand. So through correct behavior you purify yourself and increase your level of devotion, which in turn helps you follow the roots of dharma. Living dharma is how you expand your devotion. Great Teachers like Mirabai, Narsi Mehta, and Saint Francis had tremendous devotion and lived the lifestyle of dharma, which elevated Them. They identified with the truth, and inspired others to do the same.